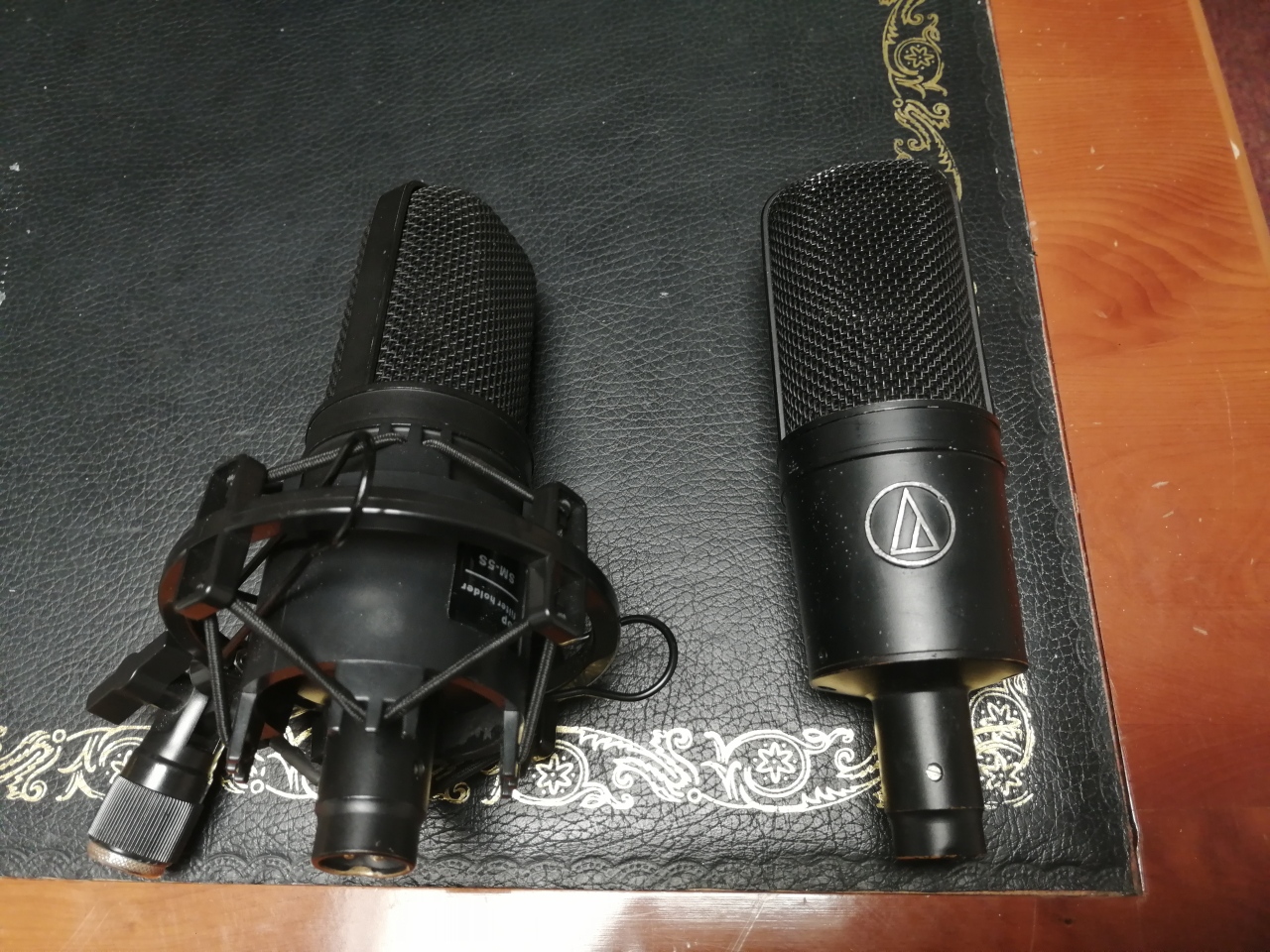 Welcome everyone to another look into the dusty cupboard of Astra Sound’s mics! This week we have dug out the Audio-Technica 4033.

The Audio-technica 4033 is a large diaphragm condenser with a cardioid response pattern. Many large diaphragm condensers feature switchable pattens but cardioids are used most frequently in live sound. Unlike every other mic Astra has featured in this series, the AT4033 comes with a shock mount. This cunning device allows the mic to be suspended which reduces noise and vibrations that would be transferred through the mic stand. Sadly, the shock mount that comes with the mic is not as well made and so we have invested in an upgraded version that cradles the mic using bungie chord. Having said that the patten is not switchable, the mic does come with switches; a low cut (high pass) filter and a -10dB pad. The low cut switch set to 80Hz eliminates a lot of low end rumble. The -10dB pad is there for when the sound source is just too hot.

Astra Sound have used this mic to great effect on many instruments. The great thing about this mic is its reaction to loud and quiet sounds which makes it excellent on pianos. We’ve used them for drum overheads, percussion and even on guitar cabs. With our long association with folk festivals, we have also found they are great for bluegrass bands where musicians move around one mic to mix themselves. Recording engineers would often use this technique to record bands due to technological limitations. Recording is another environement where the 4033 thrives due to its low noise and transparent tone. Bands who use in ear monitoring often like to hear the audience. Placing these on the stage facing towards the audience gives a great representation back to the band of the atmosphere they are creating.

Why use large diaphragm condensers?

There are lots of myths about condenser mics and dynamic mics and just as many between large diaphragm and small diaphragm (or “pencil”) condensers. Condensers in general have a much wider frequency response. A pencil condenser is likely to have a much more consistent response over the course of its frequency range. The properties of a large diaphragm tend to colour and shape the sound. At low ends the response widens and narrows at the high end. This allows singers to move to and fro while retaining a lush and pleasing tone. This also allows other solo instruments to sound fuller and more “vibrant”. I hope that this series has shed some light on the differences between mics and why it is important to choose the right mic for the job.