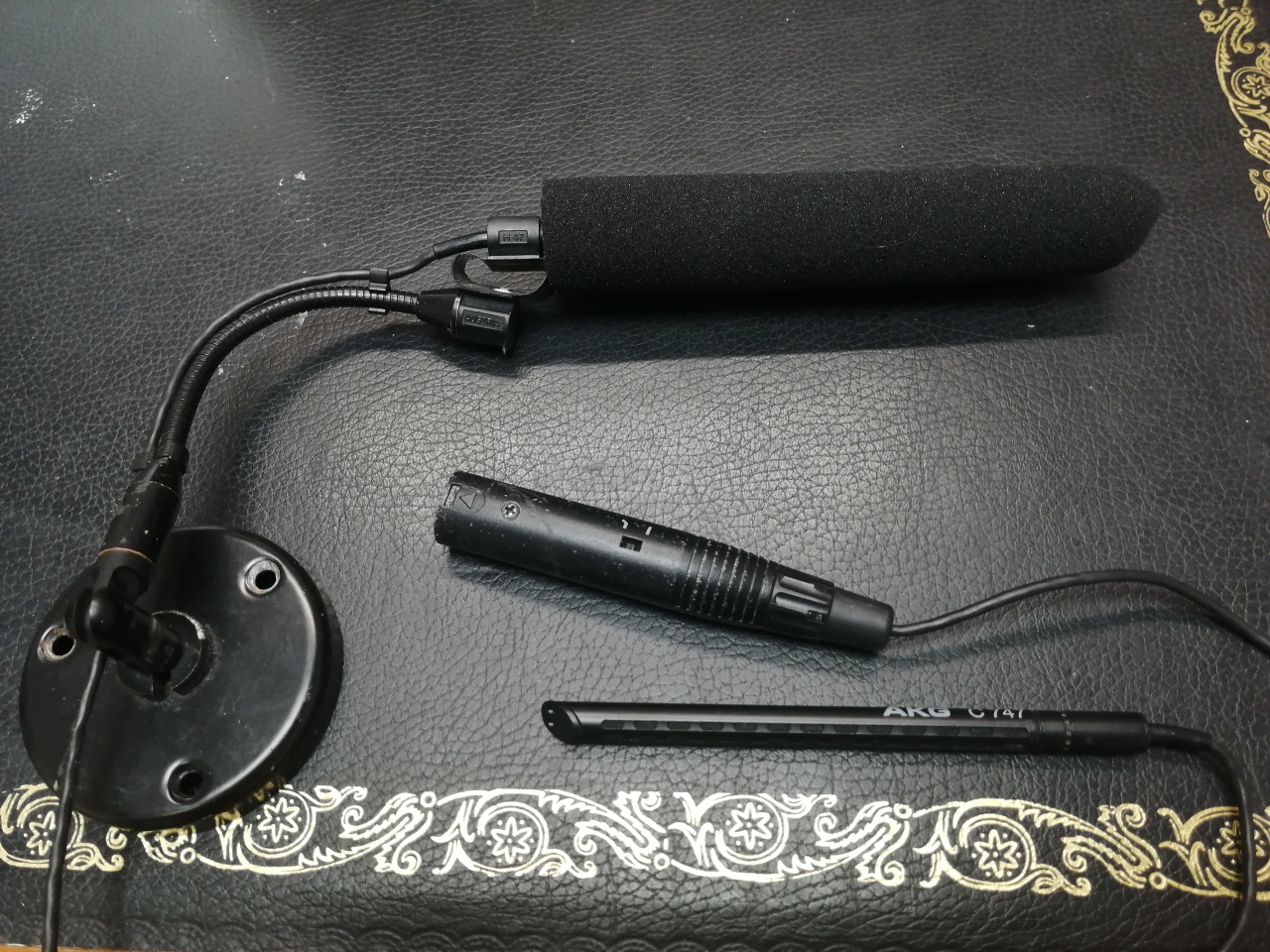 Firstly, something a little serious. The sporting world are taking a stand against online abuse and the failure of social media platforms to act. Internet trolls are able to comment anonymously which has lead to some shocking abuse that has included unacceptable racial abuse. To pressure companies to act there will be a social media blackout for 4 days from 3pm today. Football fans across the world united against the formation of a European super league. Together, enough pressure managed to force through action within 72 hours. Social media comapnies must take action and make anonymous posting a thing of the past.

Now, this weeks mic is one that you have all seen whether you have noticed it or not; the AKG c747. Originally designed for “unobtrusive speech applications when mounted on a podium or lectern, or for teleconferencing activities”. A tight, hypercardioid patten makes the c747 very directional and it has a high SPL tolerance. Being a condensor mic it features a wide frequency range (30Hz – 18kHz) and a high pass filter. The switch is found on the XLR plug which contains the external preamp and is set at 150Hz.

What do you get in the box?

The c747 comes with a whole host of accessories besides the foam windshield. The small round table stand allows it to be placed on a table or bolted to stage floors or scenery. The gooseneck allows the mic to be pointed exactly where you need it to go. This has the same thread as a mic stand and so can be mounted to those when the extra hight is required. There is also a hinged mount and finally the holder for the microphone itself

As with most mics, engineers were quick to start exploring its uses. The directional properties make the c747 useful for picking up orchestras and choirs. In these situations, keeping mics discreet is often a higher priority than usual. In theatre they are very good as “float mics” to pick up chorus singers. We’ve also used them to pick up actors during particularly messy or wet scenes such as during pantomimes or productions of Singing in the Rain. They have been succesfully used for recording in stereo using techniques described in previous posts (A Stereo KISS) They ability to handle high SPL makes them useful on drums where their directionality minimises spill.

Hold on, whats a preamp?

A preamp boosts very low microphone level signals up to “line level” which is what most recording gear works at. Good preamps will do this without affecting the sound at all, the best ones add warmth but their main purpose is boosting signals. A mixing desks inputs are a series of preamps where the control is on the gain control. In the 747’s case the preamp is a predetermined boost which you have no control over