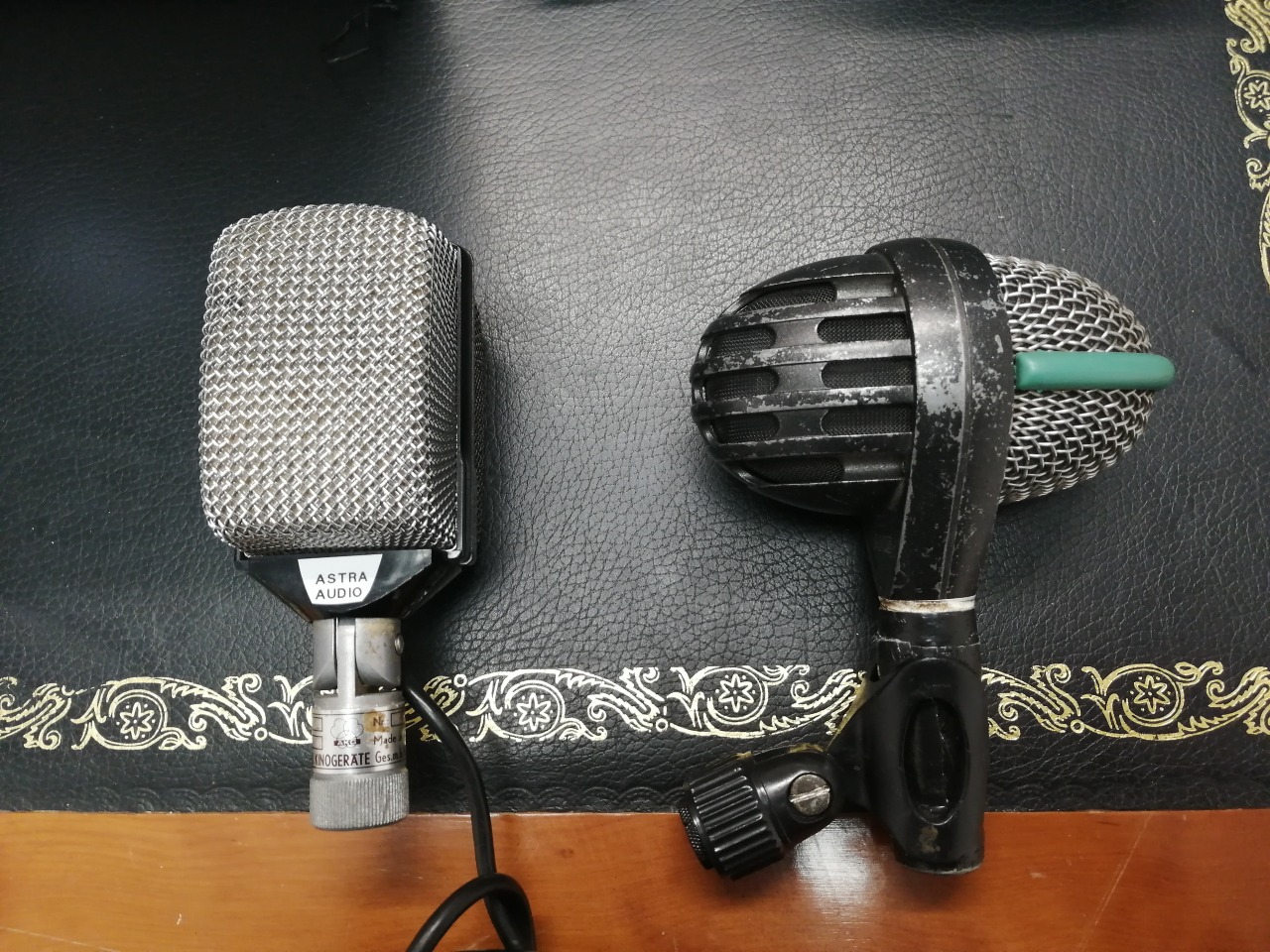 Hello again and welcome to our weekly look at Astra’s microphone list.

I think its fair to say that after the vocals, the next most important part of a band mix is the kick drum. Theres something ever so satisfying about feeling that thump in your chest. Also, it gives a solid base to build everything upon. Of course, in saying this there will be an almost infinite variation of opinions out there but what won’t be for debate is that you need a mic to get that sound. The first two mics we will focus on are the AKG D12 and D112.

The D12’a classic look comes from the fact that it came from a classic time. Released in the early 50’s, the D12 was originally sold as an all purpose musicians microphone. The D12 features a large diaphragm dynamic capsule with a cardioid pattern. Perhaps if it looked as cool as the shiny chrome of the Sure sm55 (think classic rock ’n’ roll) it would have remained a vocal mic. As engineers began to experiment, it soon became a favourite for kick drums. Its ability to handle low frequencies at high SPL’s which drove it to become THE studio kick drum mic. The frequency response accentuates the requirements that a good sounding kick drum should have. There is a reason this mic has been in front of the most famous kick drums own the world. Like most things from the 50’s the D12 needs looking after and so a rugged alternative is often used.

The AKG D112 is not a replacement, 1 better or even 100 better than the D12. It is a different sounding mic with different properties. The D112 also has a large diaphragm dynamic capsule with a cardioid pattern capable of withstanding the high SPL of a kick drum. It doesn’t go as low as a D12 and has a more defined boost at the high end. Every engineer has their preference but for its rugged dependability its ideal for live work. Weekly use at Canterbury’s Penny Theatre has refined our ability to get great kick sounds with a huge variety of bands and styles of music.

Varying the position of a mic dramtically alters the sound from a kick drum. The style of music and the roll of the kick drum within the mix is all relevant before blindly deciding to do what you did last time. Careful eq’ing and compression also help but remember that your ears are the key.