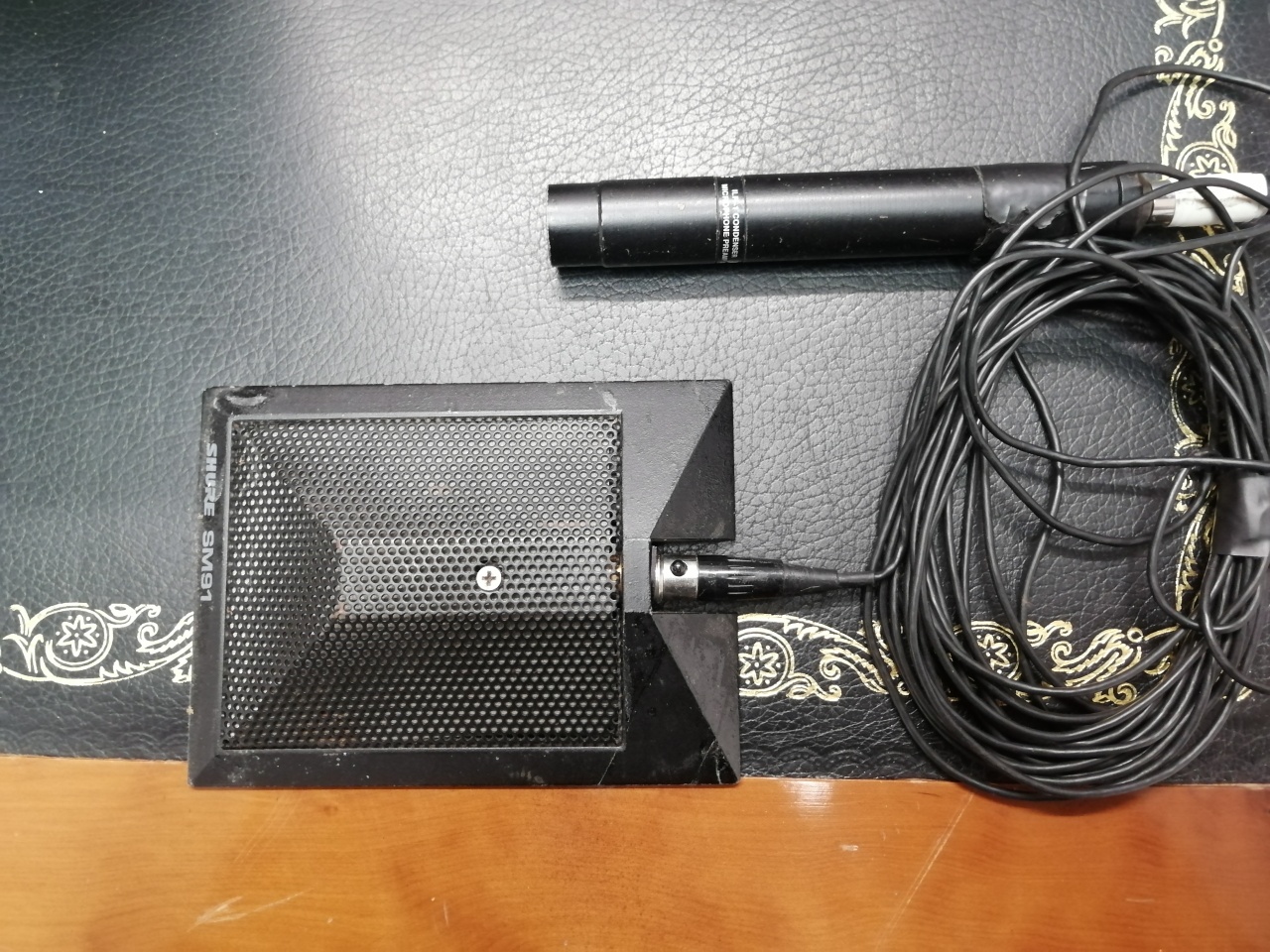 In our post last week we discussed the iconic D12 and the reliable D112. Next up is an unusual kick drum mic, the Shure SM91.

Its flat design points to its original purpose as a conference mic. This mic is a directional boundary microphone which is different to every other mic we’ve covered. A small condenser mic is located in the centre of the flat surface which gives a very directional response pattern. Boundary microphones have the ability to pick up the direct sound from the source and virtually eliminate additional reflections. For instance, boundary mics are often taped to walls or other flat surfaces such as tables.

Studio engineers often play a part in experimentation with musicians to get the sounds they want. Putting boundary mics inside kick drums created excellent results. One surmises that the reflections within a kick drum deaden the effectiveness of the beater hitting the drum skin. The sound from the mic is much cleaner than other mics as a result, reducing the need for extensive eq’ing. The ideal location for this mic is on the damening inside the kick drum. However, if there is no hole in the kick drum then we always carry an alternative microphone.

Having spent a while discussing boundary mics there hasn’t been much specifically on the SM91. The mic comes with an external preamp that also incorporates a high pass filter. The frequency response shows a presence boost at the high end and a good low end response down to 20Hz. The mini xlr connector is a little fragile but the microphone itself is very robust.

As a company that deals with a variety of clients we are often faced with the requirement to mic up tap dancers. Any dancer will tell you that the sound of the tap shoes on the stage is vital for the performance. The sm91 does this job excellently and its sturdy construction means it can withstand the occasional kick!